So maybe I came down a little hard on the rotten apple yesterday.  Without further ado, here's the Fake Angeleno version of the empire city strikes back. 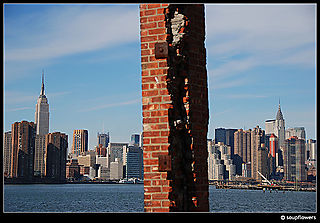 The Waiters: Dude, I don't want to know your name.  And no, you
won't be "taking care of me," so much as you'll be making sure I get
everything I want immediately so I'll consider coming back to your
restaurant in the future.  And bro, I could care less about the specials.  Why yes, I would like my water refilled.  In fact, why don't
you just assume if my glass is half empty it's time to fill it up, k bra?
Good luck with that commercial audition tomorrow, brother.  Oh, right,
I forgot.  Your name is Zach.  We're all pulling for you Zach, but for now, could
you try a little harder to follow the New York model?  Keep the banter
to a minimum.  Never try and upsell an upseller.  Don't ask, just do
it.  And for the love of Batali, it's not that hard to wait on four
tables at a time, my friend.  Your NYC counterpart usually juggles 10
tables with very minimal difficulty.

The Seasons:  April/May and September/October are no doubt four
damn fine months to be a New Yorker.  November-March and June-August — not so much.  Yet I still get a pang for a little snowfall every now and again.  These pangs are pretty manageable.  Oh, and I spent January through March here wearing my heavy, black winter overcoat.  That thing got looks and comments all over town.  As a tribute to my freezing comrades back East, I plan to wear it often next year too.  It's a nice way to hold on to my New Yorker identity and looks a hell of a lot sharper than a ratty fleece.

The Late Night Dining Convenience: Between me and my beloved ex-roommate, we probably paid for the last two renovations at the 24 hr. Brooklyn delivery restaurant Anytime
singlehandedly.  This is not even to mention our staunch support of the
all-night deli on Manhattan and Greenpoint, Maria's on Meserole, and
the Turkey's Nest mini-pizza-nuclear-option.  In my neck of Mar Vista,
you're pretty much out of luck if you want to eat something after 10 PM.

The Skyline: Downtown L.A. is right up there with downtown …
Dallas.  Then again, the NYC skyline makes Chicago look anemic by
comparison.  There can be only one big nasty.

The Thai Cafe: This place fed me three times a week for about six years.  Never has so much delicious food been so lovingly prepared for so modest a price.  I can still close my eyes and see the proprietor outside his restaurant, late in the evening, deeply enjoying a smoke and reflecting on another day of consummate craftsmanship.  Mr. Thai Cafe: You have no equal in Southern California.  Not even close…

The East River: No, I'm not setting up the L.A. River as a feeble, concrete patsy… That would be too easy.  How about the East River vs. the Santa Monica Bay?  Sure, I can mosey down to the beach at the end of pretty much any day and watch the sun slip off into the Pacific.  But for my money, there is no better sunset view than the end of Java St. in Greenpoint, Brooklyn — 11222.  You see, Java St. runs right down to the river, where you can sit down on the rock-strewn embankment and enjoy an intimate encounter with a sweeping Manhattan Island vista.  You can see clear up from the Lower East Side to the Queensboro Bridge — while the street grid lights up with rays shooting in from the soon-to-be-dark fields of the republic just across the Hudson.  Sitting there on the bank, Manhattan seems to be a living creature, a smoldering behemoth, but from this viewpoint wholly benign.  It all makes for prose just as purple as the dusk-time cloud cover, and it goes well with a six pack from the bodega too…  Just be sure you toss your beer-can-in-a-paper-bag into the river if the NYPD decides they'd like to admire the view as well.

My Friends:  As Lord Buckley once said, "People are the true flowers in life, and it has been my most precious pleasure to have temporarily strolled through your garden."  The strange and exotic flora I encountered during my brief gambol around the five boroughs are most precious indeed.  There is no people garden in the world quite like New York City.