No one ever accused me of staying on topic when blogging, so why start now?  That said, allow me to bring to your attention three interesting articles I read today… 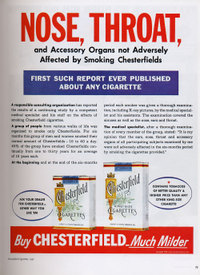 1.  First is this well-researched L.A. Times obituary for Dr. Murray Jarvik — inventor of the nicotine patch.   (And uncle to Dr. Robert Jarvik, who created an artificial heart and was most recently seen hawking Lipitor in TV ads, until a credentials flap yanked him off the air.)  I really enjoyed this obituary: The good doctor overcame a whole cornucopia of personal health problems to pursue socially valuable research throughout his entire career.  Dr. Jarvik was motivated to research smoking cessation after his wife had a horrible time kicking the habit.  Jarvik was also instrumental in getting cigarette smoking classified as an addiction.  When the federal government wouldn’t let him test his hypothesis that nicotine could be administered dermally, he and his assistant rubbed tobacco on their own bodies!  Predictably, they recorded increased heart rates and adrenaline levels and many other similar smoking effects.  Reading this obituary made grin, thinking that for every 100 clever, big tobacco, marketing assholes getting rich off of addicting people to their murderous product, there’s a much more intelligent lone operator like Dr. Jarvik out there who’s capable of thwarting big tobacco’s profitable destruction.  Rest in peace, sir.

3.  Finally, here’s an NYT article on the federally mandated transition from CFC-spewing asthma inhalers to more environmentally friendly devices.  Evidently, the old type inhalers will be banned January 1st and 5-6 million people are still using them with little or no education about the new ones.  I should know.  I saw a doctor here in L.A. who prescribed one of the new devices (which was 3x the cost of one of the old ones) and never bothered to tell me about the different taste, the different spray stream and breathing instructions, or the mandate to clean the thing with warm water once a week.  Thanks, Doc!