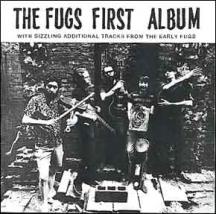 In the midst of an NYC nostalgia attack today, what should pop into my mind but a song I heard on the Jonathan Schwartz show over two years ago.  I’d never heard the song before or since, but it stuck with me as a near-perfect rendition of the Greenwich Village hipster scene circa. the mid 1960s.

I had no idea about the title or the artist, but I remembered it was a song about "nothing."  Thanks to google, I was able to ascertain that the mystery song was The Fugs’ "Whole lot of Nothing."

What’s my point?  Nothing.  Give it a listen if you like.

Church and Times Square, all a lot of nothing. Nothing, nothing, nothing!
Stevenson nothing, Humphrey nothing, Averell Harriman nothing. John Stuart Mill nill-nill, Franklin Delano Nothing.
Carlos Marx nothing, Engels nothing, Bakunin Kropotkin — nyuthing! Leon Trotsky, lots of nothing. Stalin less than nothing!